Castor oil is one of the main materials for manufacturing lubricating oils and biofuel, with its emissions of gases complying with international environmental standards. It is also widely applied to production of Turkish Red Oil, soap, plastic, daily cosmetics, shoe polish and pharmaceutical ointment. In recent years, buoyed by a new wave of worldwide demand for castor oil, castor cultivation and its downstream industries such as castor oil extraction shows great economic potential and tremendous opportunities. If you are planning for starting a castor oil manufacturing business and need a full plan for the oil extraction and refinery. You are in the right place.

This is one of our HOT Sale castor oil making machines - Small Vegetable Oil Manufacturing Plant. Some clients prefer to call it mini oil mill unit. The capacity of this small oil making unit is 100kg/h ~ 250kg/h. Feel free to send an inquiry about this facility if you are interested in start a small scale seed oil producing business.

Here are some photos of plant oil manufacturing factory we built before for our clients. Welcome to contact us for equipment details, cost, and other project information for reference. 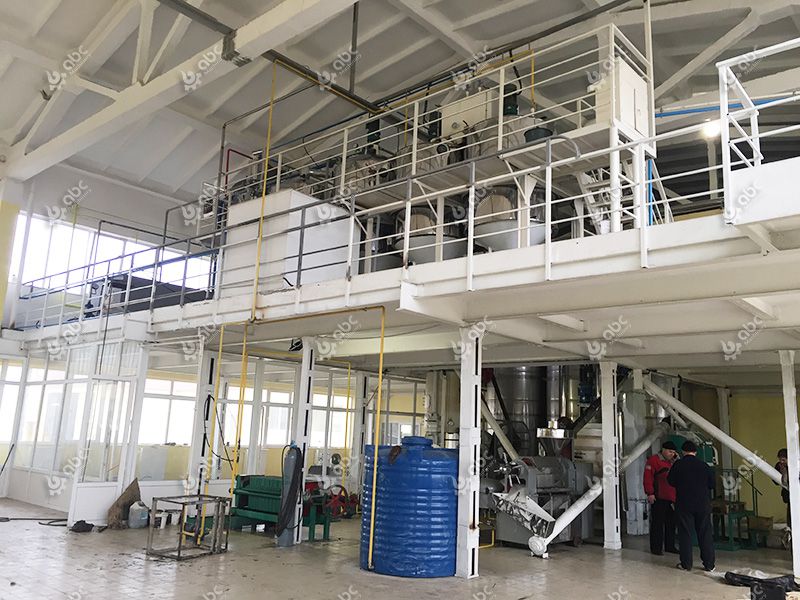 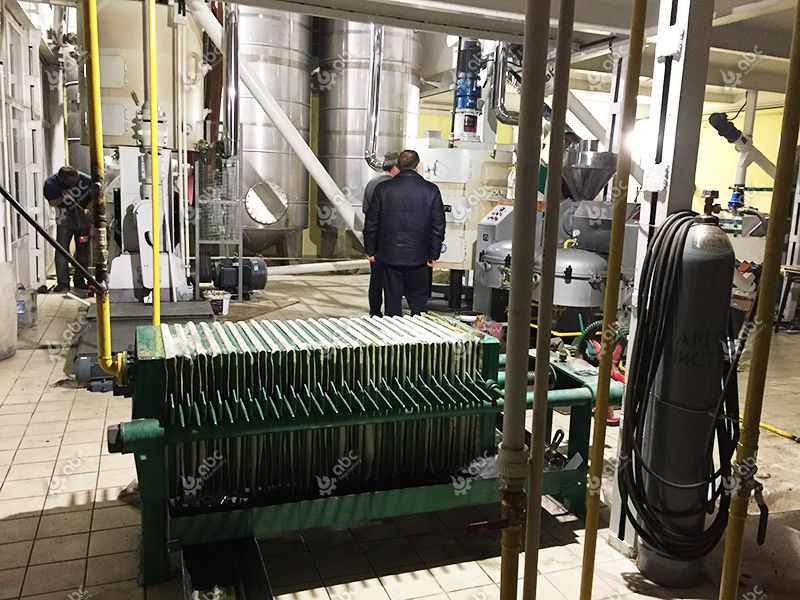 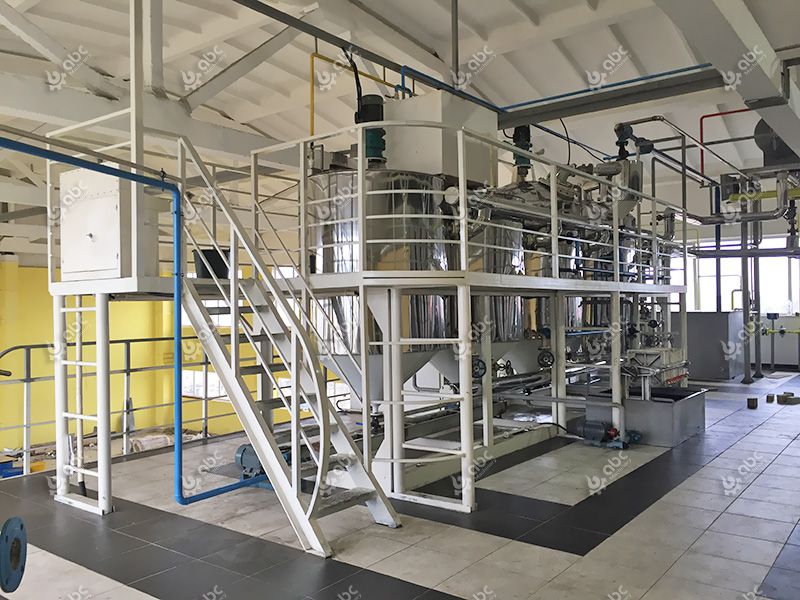 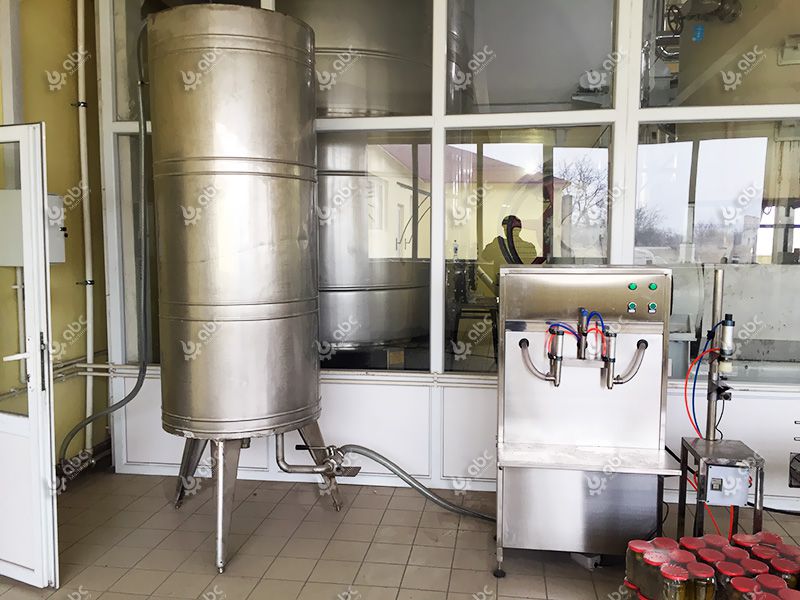 Cost of Setting Up a Complete Castor Oil Plant

There are various processes that are carried out in a castor oil manufacturing plant. To ensure the lowest production cost and highest production  production, each project of our castor oil processing plant was designed and built according the specific situation and requirements of our clients. Here are some project reports of oil mill plant we built for our clients. Since each plan is designed depanding on the specific situation and needs of each client, the process design, equipment layout and cost is more or less different from one to another. Tell us your needs to get customized manufacturing plan for FREE!

How is Castor Oil Extracted? Castor bean is a kind of soft oilseeds with high oil content. Extraction of oil from castor seeds is similar to sesame, rapeseeds, cotton seeds, sunflower seeds and other seeds. Traditional screw pressing process can be adopted for industrial oil production. The following two common kinds of castor oil extraction process. 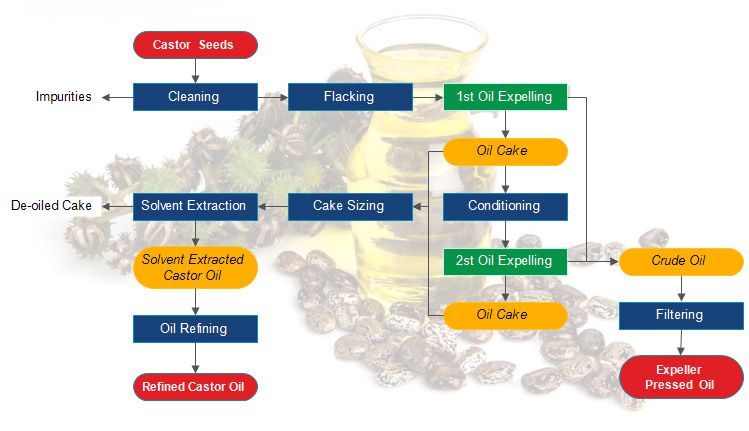 If you plan to start castor oil business for medicinal application, it is better to adopt cold pressing method. Cold pressed oil has low acid value (<1.5) and light color (Y10, R1). It can meet the international medical standard (PP grade). However, the oil rate of cold pressing is low, sot the best process is to combine cold pressing with pre-pressing & extrusion and solvent extraction, so that to get both cold pressed castor oils and industrial oil.

The first stage involves oil pressing which is done using using screw oil expeller. The expeller breaks up the seed by high pressure and therefore extract oil from it. The extracted oil is then filtered. The castor oil cake is then crushed and sent to solvent extraction section.  After oil extraction, the impurities in extracted oil will be removed by filter press.

The oil cake or meal is the main by-product of vegetable seed oil production. Castor seed oil cake contain small content of poisonous substance such as ricinine, ricin and idiotoxin CB-1A. So detoxification is needed before apply these oil cakes in feed production. Detoxified castor seed oil cake can also be used in a variety of feed formulations.  In duck, pig and fish feed production, the dosage of castor oil cakes can be 15%~20%, and the feeding effect is very good.

Strong export demand internationally lifted castor future and made as one of the high demand cash crops in recent years. According to the statistics, there are currently 3 million hectares of land for planting castor in the world, with 1.5 million tons of castor nuts harvested annually.Castor plant is native to Egypt, Ethiopia and India. It is one of the world's TOP 10 oil crops. It is therophyte in variable zone and perennial in torrid zone, featured of well-adapted, drought-resistant and easy planting techniques. The major producers of castor seeds are India, Brazil, China, Thailand, the Philippines, Pakistan and the former Soviet Union. The production of these countries account for more than 96.2% of total global production.

Castor bean is high oil content oilseed. It has a worldwide demand that is rising 3%~5% per annum. The major castor importing markets are the European Union, the United States, Japan, Thailand and China.

ABOUT CASTOR SEED: The castor seed is obtained from castor plantations but can also be harvested from wild plants such as 'Ricinus communis'. Castor plant is easy to grow and is resistant to drought, which makes it an ideal crop for the extensive semi-arid regions globally. Castor oil is an all purpose oil which is extracted from the seeds of castor plant. It has various uses including manufacturing of brake fluids,adhesives, paints and pigments. lt is also used for making soaps, inks, washing powders and textiles. It is also used for flavoring food in the food industry. Castor oil is extracted from castor oil seeds by either mechanical pressing or solvent extraction.